Friday Five Roundup: What You Need to Know About Facebook Live to Snapchat Spectacles

What Social Media Marketers Need to Know About Facebook Live

Facebook Live is a live video streaming service embedded in Facebook that is growing in popularity. Here’s what you need to know about Facebook Live to incorporate in your social media marketing strategies.
Read the article on toprankblog.com > Looking to stay up to date on the latest marketing trends during your down time? Here’s a list of popular podcasts from your favorite experts. Look no further!
Read the article on buffer.com >

Friday Five Roundup: The Most Trusted Brands in Canada to Epic Fails on Social Media

Are you having trouble engaging with readers on your blog? Offer your audience a variety of posts to keep them interested. Here’s 10 popular blog formats that are worth trying.
Read the article on toprankblog.com >

How to Engage Your Audience Using Digital Advertising

A lot of people find digital advertising annoying and disruptive. Inbound marketing helps your business engage with your audience without driving them away.
Read the article on hubspot.com >

Who do you think is Canada’s most trusted brand? University of Victoria uses their Gustavson Brand Trust Index (GBTI) to identify the most trustworthy brands by industry sector.
Check out the results on globeandmail.com > 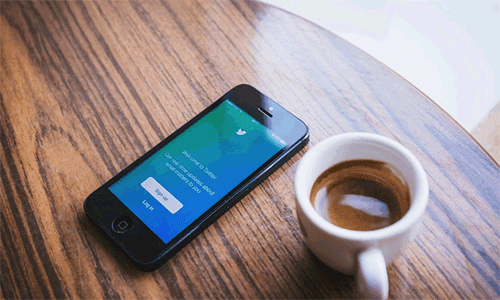 Social Media Mistakes: What Brands Should Do to Avoid Epic Fails

How do you capitalize on timely and trending content without being called out for being a shameless self promoter? Learn how to incorporate your branding with high profile events without stepping on anyone’s toes. You can learn a lot from these epic fails!
Read the article on contentmarketinginstitute.com > Influencers are helping advertisers drive sales but their endorsements can also mislead the public. Canada’s ad industry demands more transparency when it comes to accepting payment for posts.
Read the article on cbc.com >


Posted by UpOnline Dental Marketing on September 23, 2016
Email ThisBlogThis!Share to TwitterShare to FacebookShare to Pinterest

Why Uber Is Successful

Uber has quickly become one of the most recognizable and controversial brands in the world. Originating in 2009, the San Francisco ride sharing service connects riders and drivers with its easy to use app, making it simple to grab a ride without the indignity of trying to find a cab in the middle of the night. Catering to the tech savvy crowd, it quickly gained early adopters who spread the word of a new and better way to travel through online blogs and publications. News outlets soon caught wind. Gone was the era of overpriced cabs, replaced by it was a sleek black sedan, discreetly greeting the designated traveler at the side of the curb.

Uber is impressive not because it hasn’t experienced any missteps during its nearly seven year reign as the go to ride sharing service (it has been accused of surge prices during crisis situations, and drivers have been charged for sexually attacking female passengers, cities have banned the service, criticizing it for being “illegal” not to mention its many contentious battles with the taxi industry.) Uber is impressive because of the way it managed to challenge the status quo and still come out on top despite an increasingly crowded and competitive space. Don’t want to grab an Uber? How about a Lyft instead? BTW Google wants in on the whole ride-sharing thing too. A huge amount of Uber’s capital goes directly to setting up a local presence in many cities and arming a fleet (mind the pun) of lawyers to do battle with one municipality at a time. They have managed to set themselves apart from the pack, cultivating a brand that is deemed cool, giving its drivers decent cash flow so they can ‘pursue their dreams’ and providing riders with a superior ride sharing experience.

1. Identifying a need and providing a stellar experience

Great businesses are able to identify a customer need and form an agile solution. Uber was able to recognize how customers felt cabs were over-priced, and not only that, didn’t do a good job of creating a solid customer service. With Uber, integrated with Google Maps, a rider was able to see, in real-time, how many Uber drivers were nearby, how long they would take to get to the rider’s destination, and even chose what type of vehicle they wanted for a far more reasonable price. This app allowed riders to customize their transportation experience and was incredibly efficient for those in a hurry. And to make things even better and really provide that ‘wow’ factor that encourages repeat business, Uber also implemented a review system that made riders and drivers accountable for creating a solid transportation experience. Hate having to fiddle around for change at the end of a ride? No problem. Uber’s default payment method is online payment after you link your credit card information to their app.

Find the Bright Side: 6 Things Brands Should Do in Light of New Facebook Page Layout

It has been challenging to keep up with all the Facebook changes lately. As frustrating as it may be, taking advantages of the new changes will reflect positively on your brand. These 6 tips will help you embrace these changes:
Read the article on toprankblog.com >

Even though social media was originally used for connecting people, in the past decade, it has become one of the most powerful marketing tools for a business. Here are 5 ways social media has affected the way we do business.
Read the article on mashable.com >

Friday Five Roundup: Facebook Targeted Ad Pranks to What Is Your Marketing IQ?

With blogging becoming so ubiquitous, it is getting difficult to get customers’ attention and to increase the number of subscribers. Here are 8 tricks you can use for generating leads.
Read the article on hubspot.com >

What is Your Digital Marketing IQ?


Whether you've been in the business 15 minutes or 15 years, staying current with terminology and best practices are all part of being at your best. Test your knowledge.
Read the article on thefinancialbrand.com >

A tweet or Facebook post is more likely to get shared if an image is attached so keep these style tips and tricks next time in mind when posting to make sure your social media images are as engaging as possible.
Read the article on buffer.com > 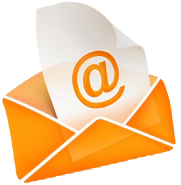 Focusing your email marketing on informative content rather than pitches, calls to action, and other conversion oriented tactics will position your business as a high-quality source of knowledge rather than a salesperson.
Read the article on business2community.com > 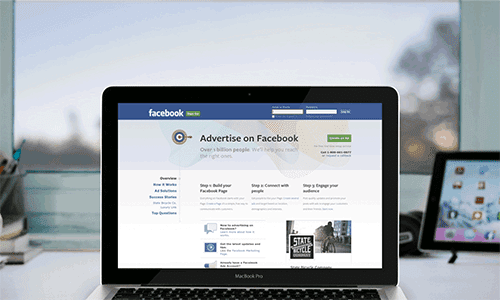 You can use Facebook Ad Targeting to reach your niche audience… or prank your best friend!

A marketing pro decides to use Facebook targeted ads as a way to prank his roommate, Roderick Russell, a professional sword swallower. Using the platform’s niche marketing capabilities, he made sure his roommate would see very specific ads related to his profession.
Read the article on adweek.com >
Posted by UpOnline Dental Marketing on September 09, 2016
Email ThisBlogThis!Share to TwitterShare to FacebookShare to Pinterest

Friday Five Roundup: How To Create Engaging Snapchat Stories to The Spread of Ideas

How to Create an Engaging Snapchat Story: A Start-to-Finish Guide

Finally got Snapchat for your business but have absolutely no idea what to do with it? Well, this might help you.
Read the article on hubspot.com >

How To Use Neuroscience To Improve Your Content Marketing Strategy

Find out what neuromarketing is and how you can put the latest scientific research to use for your business.
Read the article on forbes.com >