Avoid Fruit Juice Up to the Age of 1 Year, Say the AAP 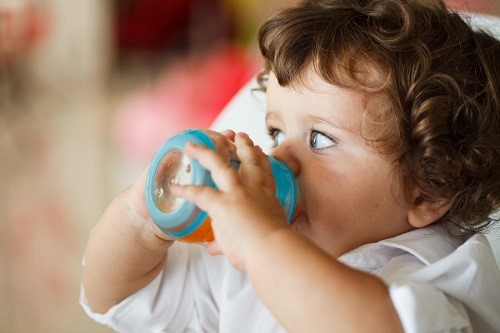 According to the American Academy of Pediatrics, fruit juice offers “no nutritional benefits” for kids under a year old, and may actually be detrimental to their health. Unless advised by a doctor, the AAP recommends that parents don’t give fruit juice to kids under the age of 1 year.

Read the article on medicalnewstoday.com 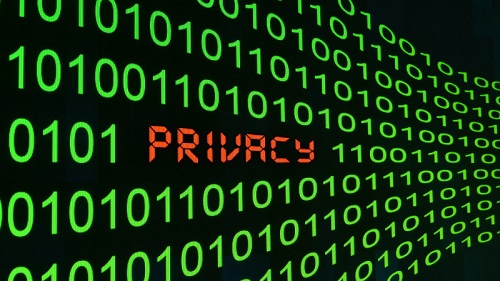 Using personal consumer data to target ads is a highly effective marketing practice, but also a controversial one. You don’t want to overstep anyone’s privacy or security, but you also want to connect with your audience on a personal level. It’s a tough balancing act, and EJ McGowan from Marketing Land is here to point you in the right direction with this article.

Read the article on marketingland.com

The Facts and Controversies of Google's New Ad Blocker 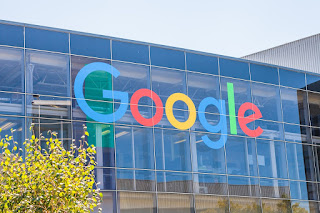 Ask anyone what Google is, and you're likely to hear "a search engine company" or "information providers". Ask a digital marketer, however, and you'll get a consistent response: "an advertising company". It's true that Google is a search engine, and a handy map, among many other forms of information distribution - but Google is above all else an advertising company, with 89 percent of their 60 billion a year profits coming from ads.

That's why it seemed odd for Google to confirm last month that they're developing an ad blocking extension for Chrome - ad blockers, like the popular Adblock Plus and uBlock - block ads from displaying on sites. Why would an ad company have any interest in making their own? In this post, we'll answer that question by looking at the facts and controversies you should know about Google's new ad blocker.

Google's new extension has made the rounds under the title of "ad blocker" - but it's technically an ad filter. Whereas Adblock Plus removes all ad content (with exceptions the user can determine), Google's extension only filters out ads deemed unacceptably intrusive and annoying. That leaves us with two questions: what constitutes unacceptable annoyance, and who gets to decide?

The body of ad formats considered unacceptable are derived from an industry group called the Coalition For Better Ads. The group consists of several dozen digital advertising conglomerates, including Google and Facebook, who united to set new, better standards for web advertisements. Thus far, they’ve identified 12 ad formats that "rank lowest across a range of user experience factors", both on mobile and desktop. 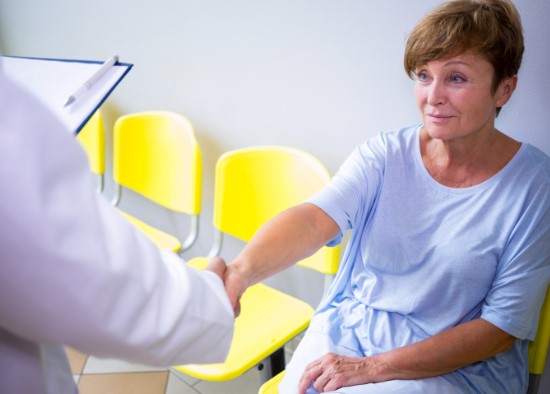 Any practitioner is well aware of the barriers dental anxiety can impose between a worried patient and their practice. For a refresher on how to best attract patients with dental anxiety, check out Colin Receveur's article.

Read the article on dentistryiq.com> 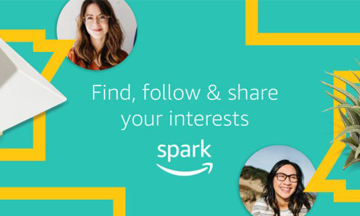 Amazon's been up to a lot lately – and their latest venture is a new social feed called Spark. Described as the "Instagram for products", Spark is part marketing, part social, and it's still unclear just how that make up will play out.

Read the article on marketingland.com>

How Dental Practices Can Benefit from Online Video Marketing 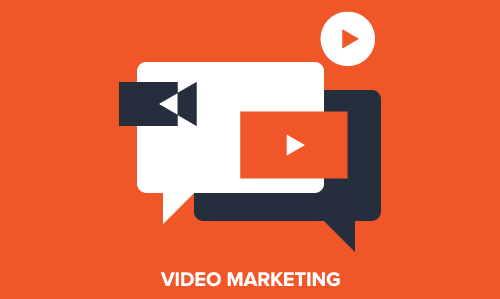 Video marketing is becoming more popular on the Internet than ever before. 78% of users watch videos online every week. 55% watch online videos everyday. Studies show that video content can increase conversion rates by up to 80%. That's a pretty big percentage. And if these numbers aren't convincing enough, consider what this dentist had to say about the benefits of using video marketing for her dental practice:

“I've had a lot of new patients join our office because of the feel they got from our website,” explained Dr. Lavigne. "Patients have commented that they felt like they knew me before booking an appointment. It's scary to choose a new provider, whether it's a dentist, an internist, or a hair stylist! The more they know about me and my practice, the more educated a decision they can make in deciding if we're the right fit for them. [...] “In 2016 patients want to be educated and informed about your practice, you and your team, and your philosophy," said Dr. Lavigne. "We've given a web personality to our practice and set ourselves apart through the use of video.”

Related article: Keeping Up with the Rise of Video Advertising

It makes sense, doesn't it? Customers looking for a service will want to gather as much information as they can about the service provider. And when it comes to dentists, knowing what to expect makes a huge difference, especially for those who already deal with dental anxiety.

The good news is that the short attention span of viewers means shorter videos, which means less work for you if you're producing them yourself. Although a better alternative is to leave the video production to a professional. Transitions, music, and other-post production changes can make a difference in how your video is perceived.

One benefit of video marketing is that it can seamlessly blend in with your current digital marketing strategy. Videos can compliment your existing website, adding to the content you already have, as well as work to improve your SEO. Additionally, you can host them on video-sharing platforms such as YouTube or Vimeo. The advantage of these platforms is that they’re online and can be linked to on your website, or blog.

Tip: Maximize your market strategy by using videos to advertise the dental services your practice offers. You can place these directly inside or outside your practice, such as in-window, in the waiting area, or in an elevator if your practice has one. Note that the content of your video has to align with the medium you plan on using.

Now let's talk about content you can place in your videos.


Relieve the Toothache of Dental Patient Payments: 8 Ideas to Chew On 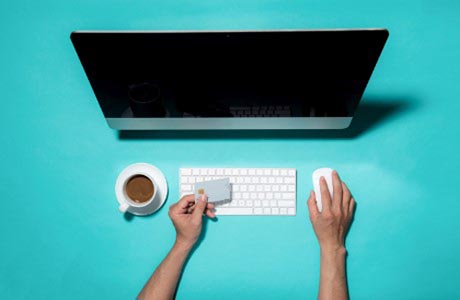 Read the article on dentistryiq.com>


Most Hated or Most Effective Ads? 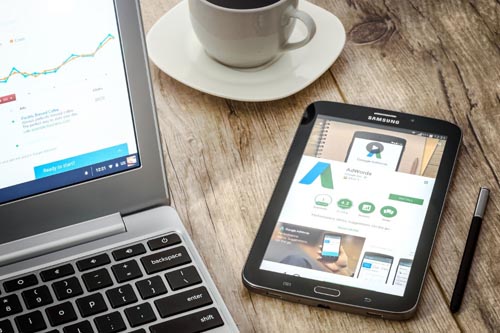 If you’re a digital market, you’ve no doubt wondered which ad formats are most effective - and most disliked. Dave Chaffey from Smart Insights breaks down a research study into the most hated and effective ads in this article.

Read the article on smartinsights.com> 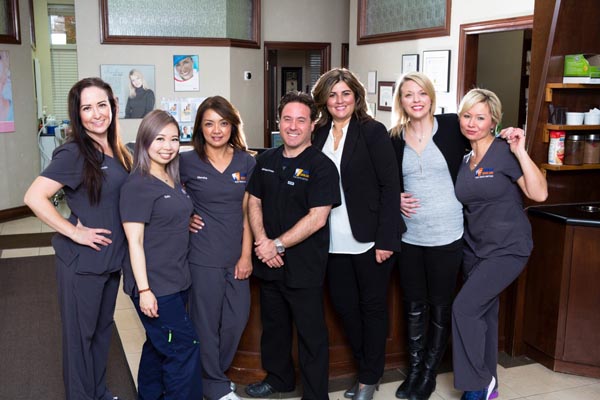 According to our internal statistics on organic website traffic and newsletter clickthrough rates, staff pages are often the second most visited or clicked for practices websites after the homepage. Prospective patients aren't just looking for a run down of your services, or your location - they want to know why they should trust you, both as a person and a professional.

To build a staff page that effectively forges trust between your practice and prospective patients, read on as we address the best practices for staff pages on healthcare sites.

The first consideration is often the headshot or portrait photo. This photo is the element readers will notice first, and first impressions are crucial. Treat this photo with care: set it against an attractive and/or neutral background, dress well, smile (promoting your services in the process), and use the highest quality camera you have access to - or better yet, get professional photography taken at your office. Dr. Carly Gordon from Maple Dental Health exemplifies all these criteria well with her portrait below: 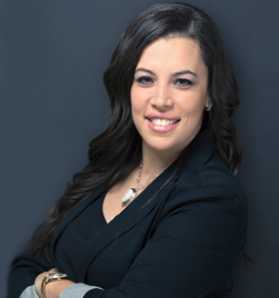 If you don't have the resources needed to take a quality portrait, read our article on custom photos for a rundown on hiring photographers for staff portraits. Regardless of whether you take the pictures yourself or hire someone, take the photos in front of a background you can consistently replicate to ensure new photos down the road are consistent with old ones. 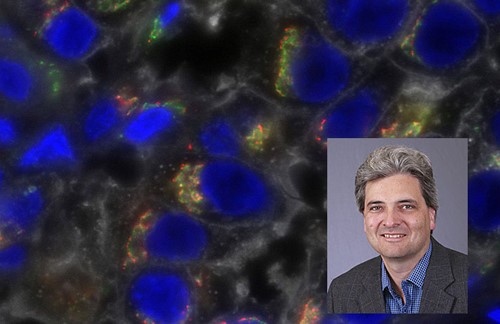 As a cancer scientist, Andrei Goga fixates on genes that disrupt the cell cycle and drive tumor growth. Goga, professor in the School of Dentistry’s Department of Cell and Tissue Biology, has investigated for more than 20 years how certain oncogenes signal and alter cells, creating intricate pathways for tumorgenesis. Goga now broadens his studies and co-directs a new School of Dentistry research program in oral, head and neck cancer.

Read the article on dentistry.ucsf.edu>


6 Viral Video Marketing Examples That Will Never Get Old

How many of these viral videos do you remember? Here's why they became so popular and how you could use these examples in your business's marketing strategy.

Read the article on hubspot.com>

Are You Using Social Media to its Full Potential? 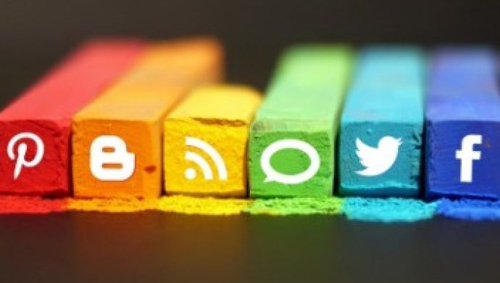 In order to stand out from the crowd, many dental practices smartly choose to take their business to their patients, rather than the other way around. They do this by utilizing social media. Why is this the smart thing to do? Because unlike your website, social media is an active platform that allows your patients to form a bond with your practice.

When you engage with your patients online, your practice becomes more than just another dental office. It becomes a familiar place where your patients know they can feel comfortable. Patient engagement online allows your patients to form an emotional bond with your brand, thus distinguishing your practice from the competition. But are you getting the most out of your social media?

It is generally a good idea for your practice to engage with patients on multiple social media platforms. But, do not make the mistake of treating all social media platforms the same. Not only does the type of content differ, but each platform also targets a specific audience with specific interests. In our previous blog posts, we have discussed how content like online reviews can improve your SEO or how you can capitalize on User Generated Content. This article will walk you through some of the more popular social media platforms, and how you can write content that caters to each platform and its audience.

Twitter is all about simplicity. The 140 character limit keeps users' feeds from getting too crowded with content. When writing a post for your practice's Twitter, keep in mind that your followers are looking for short, simple tweets that get the message across in a matter of seconds. See the example below of what a short and relevant tweet looks like.

Though short tweets are probably the easiest and least time-consuming to read, you can still use Twitter to promote longer content related to your practice. If your practice has a blog, you can link to it on Twitter, but remember that links are also restricted to the 140 character limit. Using a social media management tool like Hootsuite not only helps you schedule your posts, but also shrinks links to fit the character limit. Use relevant hashtags and an interesting caption to prompt your followers to click the link to your blog post.